The Adventures of Tilda Pinkerton ~ Book 1: Crash-Landing on Ooleeoo by Angela Shelton ~ GIVEAWAY 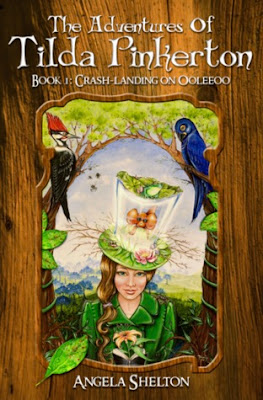 What if the thing you’re most insecure about is what saved the world?

The most embarrassing secret Tilda Pinkerton, the magical hat maker, keeps hidden from the children she teaches – is her most miraculous gift.

The Adventures of Tilda Pinkerton is a story of inter-galactic crisis with bionic bugs on a mission to capture the great Tilda Pinkerton and destroy her magical hats before she can spread her Light across the galaxy
.
Written in a wonderfully lyrical way that will appeal to fans of Dr. Seuss, Star Trek, Matilda Wormwood, and Harry Potter with every character’s name being a verbal play on their personalities. Quinn, for example, is Quinn Quisquilious, who works with rubbish to create new things. Belinda Balletomania is just that – obsessed with ballet. And of course Aaron Arachnophobia is the spider desperately afraid of himself.

Where to buy: Amazon, Barnes & Noble

Angela is an author, actor, and public speaker. She has been writing since she was eight years old. Her first novel was adapted into the movie Tumbleweeds. Angela won a regional Emmy award for her portrayal of SafeSide Superchick in The Safe Side video series created by Baby Einstein’s Julie Clark. After living in Los Angeles for over a decade, Angela left the big city for a one-light country town to marry her first love and fulfill her dream of writing books in a barn house.

Her Tilda Pinkerton books can be traced back to her childhood fear of dictionaries! Angela was a big believer in the “if I can’t spell it, how can I find it in the dictionary to learn how to spell it” school of thought. In fact, she was so frustrated by the uselessness of dictionaries that she destroyed several during her childhood. She eventually got over her fear of dictionaries (OK, she still hates them. But she learned to hide her antagonism for word books), and began writing. Her Tilda books contain a plethora (Go ahead, look it up. At least you know how to spell it!) of wacky words and definitions to expand the vocabulary of readers in a fun way. No dictionaries involved!

Just Thought You Should Know:

Angela has incorporated the character Tilda Pinkertion into an entire line of book projects, each geared toward a different age group in order to help kids, teachers and parents enjoy learning and reading more.


Reading for the Whole Family
Reading is such a valuable and fun activity for a family that reading a book together is as bonding as sharing dinner together every night.
Even though I'm an artist with a super whacky side, I am still very old school - I value traditional things like family dinners. They make me happy.
I interviewed a 100-year-old woman once and I asked her what her main advice would be to this generation. She said no one was talking anymore in the family. They were all watching TV instead of reading and they weren't sharing meal together.
She said her advice would be to have a sit down meal with your family once a day - it would cure a lot. I'd like to add a book to that list and turn the TV off for a change.
How about discussing a book over a meal? Our family discusses books and politics over dinner together every night. The politics get boring and frustrating for me, but the books never get old.

What Can You Read as a Family?
You're certainly not sharing 50 Shades of Grey with all age groups (I am apparently the only person who has not read that book). And you're not getting my husband to read Twilight. I don't know about yours, but mine tossed it aside after page one while he rolled his eyes. Meanwhile, that's all our twelve-year-old friends want to read. (We don't have kids yet, we borrow others!)
Harry Potter is one that fits the bill for an all-age-range read. But we've all read that already, right?
I asked the same question about what to read and I ended up writing a book for all of us as my answer - The Adventures of Tilda Pinkerton.
The Adventures of Tilda Pinkerton is a story of inter-galactic crisis with bionic bugs on a             mission to capture the great Tilda Pinkerton and destroy her magical hats before she can             spread her Light across the galaxy.
It is written in a lyrical way to appeal to fans of Dr. Seuss, Star Trek, Matilda Wormwood,       and Harry Potter and a vocabulary builder and tongue twister with every character’s name            being a verbal play on their personalities. Quinn, for example, is Quinn Quisquilious, who         works with rubbish to create new things. Belinda Balletomania is just that – obsessed with            ballet. And of course Aaron Arachnophobia is the spider desperately afraid of himself.
My father in-law loved the science fiction aspect and the bionic bugs. My husband loved the fantasy with walking trees you can ride. My mother loved the spiritual lessons. My mother-in-law loved the hats and was inspired to initiate a book reading at the library with a hat-making event! Our neighbor's little girl (5) gets a kick out of the big words and how silly some of them sound. Another neighbor's little girl (10) loves how Tilda Pinkerton makes hats.
There's something in it for everyone just like Tilda Pinkerton has a hat for everyone too!
What I love is that the younger ones tend to have an easier time with the big words than the adults do. But ask a kid about dinosaurs and you’ll see the same thing – they probably know a lot more than you do!

What Can a Family Discuss About a Book Together?
Listening to how everyone in the family visualized the book is very fun. One little girl insisted that she loved Tilda Pinkerton because of her long red hair. Nowhere in the book does it say Tilda has red hair - but she sure does inspire imagination!
My father-in-law loved Tilda Pinkerton’s people – the Star Jumpers and Light Throwers.
Upon discussing Tilda over our dinner table, we got onto one of my favorite topics - Space - and started talking about nebulas and stars and just what might be beyond our own galaxy.
There really is a Sombrero Galaxy! Who knows, Tilda Pinkerton just may be making hats right now. It's up for you and your family to discuss.
If you happen to have a telescope (we do and it's fun!) Set your properly aligned telescope to Right Ascension: 12h 39m 59.4s and Declination:  -11° 37’ 23”.
From Earth, Tilda Pinkerton's homeland will look like a small smudge in the sky. If you see any sparkles - discuss them with your family!
And try to pronounce all the characters names too and connect them with what they do.
Happy Reading – no matter what age you are.

GIVEAWAY
Win a Paperback Copy of
The Adventures of Tilda Pinkerton
1 Winner
Just leave a comment with your email.
(I need your email to contact you if you are the winner)
Ends January 2nd, 2013
Winner announced on Jan. 3rd, 2013 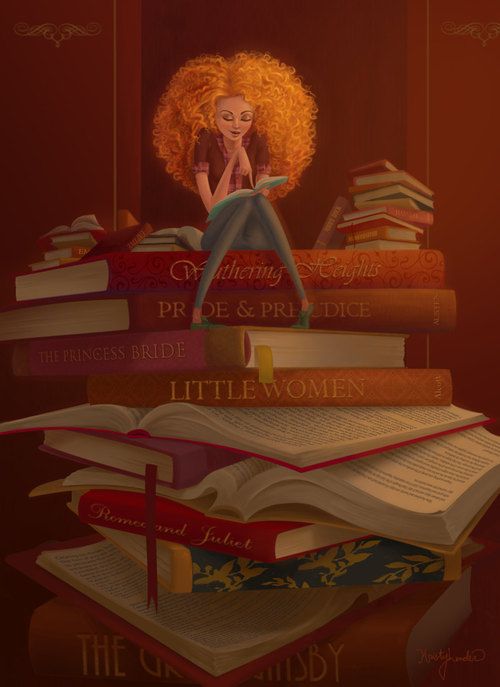